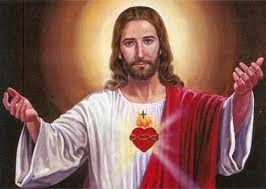 In His infinite grace God sent His son our Lord Jesus Christ.  The name ‘Jesus’ means saviour as He will save people from their sins. He is fully God and also fully man. This means that he can communicate with us at our own level in the way that we can understand. To teach us not to do the things which separate us from God and to keep us safe.

We cannot do this on our own using our own effort. We all fall short of the glory of God. That is why God sent His son our Lord Jesus Christ to die on the cross. To take the punishment for our sins so that we can be righteous in the eyes of God.

All we have to do is believe and place our faith in what Jesus did for us on the cross. Believe that He rose from the dead and is coming again.

Jesus was born in the year 4 B.C in Bethlehem, Judea. He was conceived by the Holy Spirit and born of the virgin Mary. He was raised in the small rural town of Nazareth where his father Joseph trained Him to become a carpenter. For many years Jesus worked in the trade of being a carpenter.

At age 30 Jesus was baptized by John the Baptist. John felt unworthy to even touch the sandals of the Son of God but Jesus said

“Let it be so now, for thus it is fitting for us to fulfil all righteousness.” Mathew 3:15

As Jesus was coming up from the waters of Jordan, a voice spoke from Heaven

Jesus went into the wilderness, to allow satan to tempt Him just as satan tempts us today. As He fasted for 40 days He was tempted by the devil. The Bible is the word of God and it is a means of protection for all of us. As Jesus was tempted He answered back by quoting scripture from the Bible.

He went out and spread the word of God. He was very different to other preachers as He taught as one having authority. There was also no disease too great for His power. In front of His disciples He raised the dead to live again, made the blind see, made the lame walk, cast out demons, made food for five thousand people from a few loaves of bread and fish, calmed the seas during a storm and walked upon water.

It was Gods plan that the fame and authority of Jesus would be a threat to the religious and political authorities. Jesus also maintained that He was the son of God. They did not want to believe this so they conspired to kill Him.

On a Thursday night, Jesus met with his apostles, in the city of Jerusalem, to take the Passover meal with them. It was here on a solemn occasion, that Jesus told them He must soon die. That it was God’s will that He give His life for His friends. He drank wine and broke bread with them, and told them, to remember Him when they did this from that time forward, to be reminded of His death and His promise to come again to take His own to a place He was going to prepare for them.

This was so that Jesus would pay the penalty for all of our sins so that we could be forgiven and have eternal life. The death of Jesus was a terrible one. Being the son of God whilst entering the garden of Gethsemane He knew exactly what was to happen to Him. The betrayal by one of His apostles, and all the frightful scenes and the pain of His impending passion. The excess of suffering and not only that but ungratefulness of people who continue to reject Him as their Lord and Saviour in the years and centuries to come. Even after He has shed His blood for them.

All this weight on His shoulders causes Him to say; 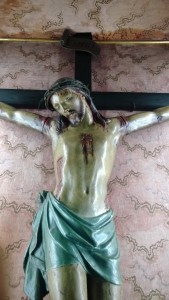 And as he kneels down to pray in the Garden of Gethsemane all the scenes of His impending passion bear down upon Him. The infamy of a legal condemnation, blows, spittle mockeries, dishonour, scorn, a cruel scourging and a crown of thorns pressed down upon His sacred head. Then He must allow Himself to be nailed hand and foot. Hang for hours from those iron nails and remain there suspended between heaven and earth.

And this is not all. He must face the abandonment of His Father and the immense grief of His Mother Mary! A terrible and desolate death! So consider our Saviour Lord Jesus with all this suffering.

To save you. To bring you with Him to paradise!

As Jesus goes back to His three Apostles who are with Him in the garden He finds them sleeping. There is not one word of comfort for Jesus agonizing … not one sentiment of compassion!

Are good Jesus! You are not known! For if we but knew you, we would always think of You and our hearts would not beat except for You!

Jesus died, Jesus was buried and on the third day He rose again. He was seen by His closest friends and many of His followers. Then He was raised up into heaven before their very eyes.

Believe in the Lord Jesus, and you will be saved. We can receive Jesus Christ by personally inviting Him into our lives. Jesus said

“Here I am! I stand at the door and knock. If anyone hears My voice and opens the door, I will come in…” – Revelation 3:20

If you would like to accept Jesus’ free gift and become a child of God, you can pray this prayer of salvation now.

If you declare with your mouth “Jesus is Lord”, and believe in your heart that God raised Him from the dead, you will be saved. Romans 10.9

“Everyone who calls on the name of The Lord will be saved”. Romans 10.13